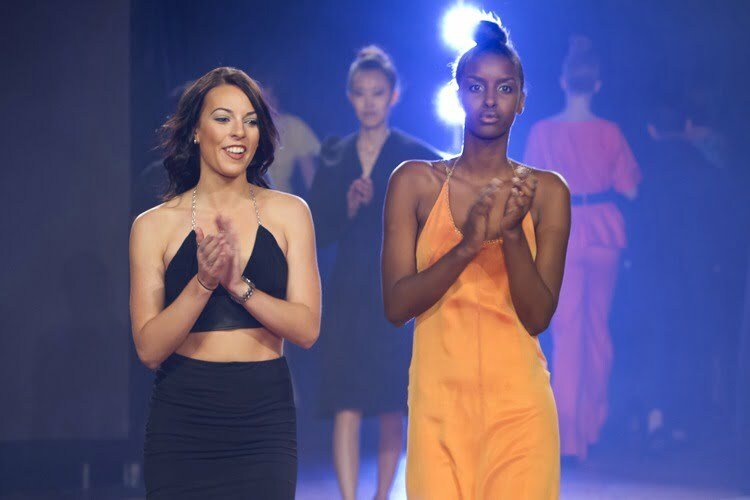 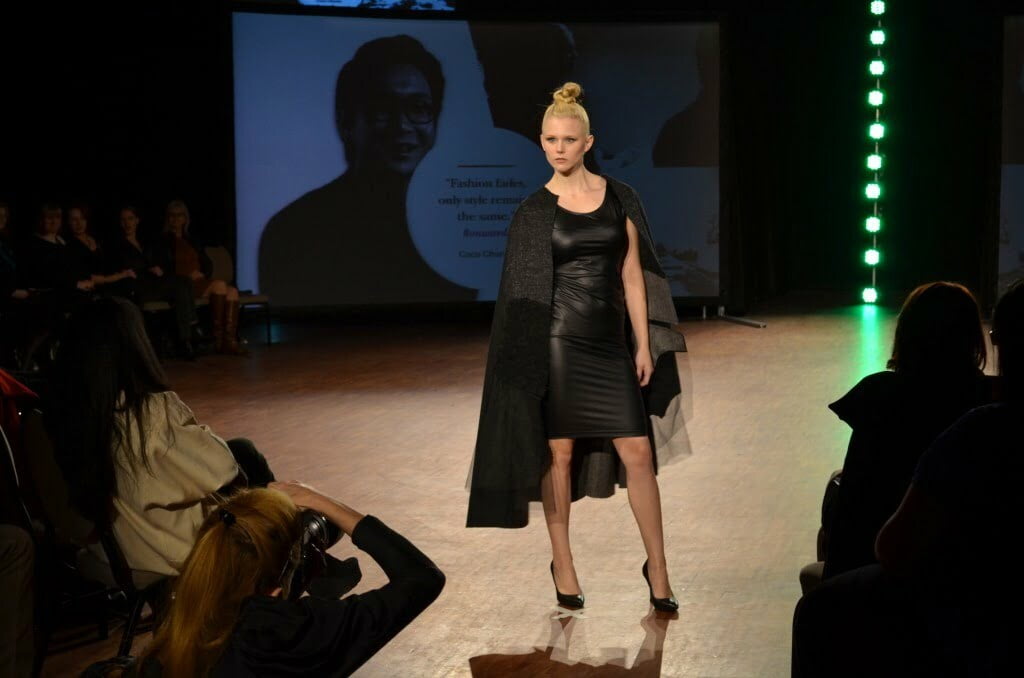 The models are primped, the runway is set, and it’s showtime for 11 exhilarated designer — Olivia Bing, Zoe Collins, Evan Ducharme, Tira Hummelle, Huong Le, Tennille Oppen, Joshua Shin, Shaunique Simpson, Olivia Stewart, Darius Tuliso and Ross Victoriano — most of whom are unveiling their work in public for the first time. The Vancouver College of Art and Design hosted the ONwards fashion show this past November, and nearly 200 members of the fashion industry, media, and the general public filled the Croatian Cultural Center.

This year’s “onwards” theme is a tribute to graduates entering the fashion world and embarking on a lifelong journey to perfect their craft. Evan Ducharme is one of those designers. After graduating from the program three years ago, he remains active at VCAD by mentoring current students. 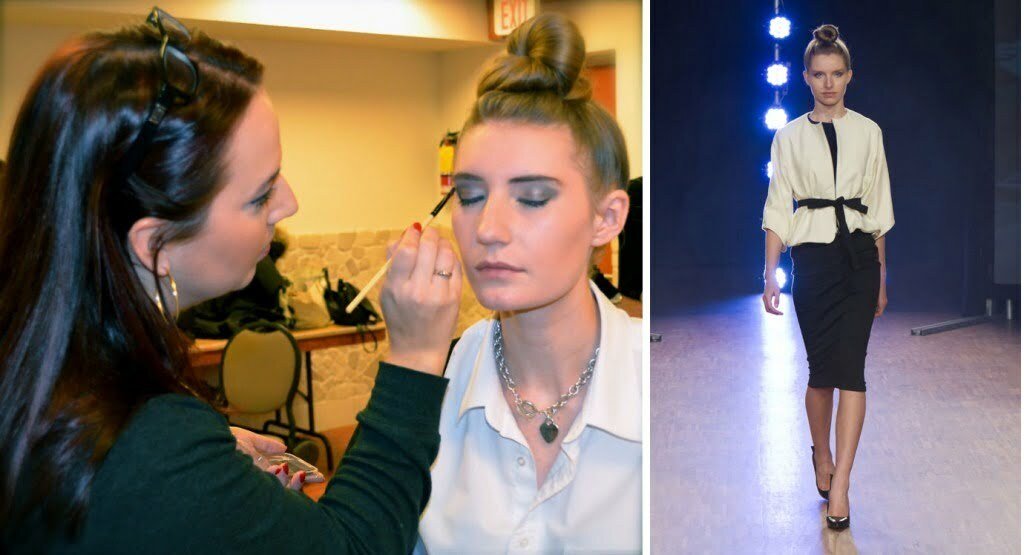 The three looks Evan chose for the event strictly use shades of white, grey, and black to create modern, streamlined outfits that can be worn unisex. When asked about the inspiration for his designs, Ducharme said he strives to “bring the fantasy of fashion into the real world, where I can create a story for someone, and they can get lost in that story by wearing the clothes”.

Tira Hummelle, who graduated from the program in May, was displaying her work in public for the first time with a collection she said took nearly nine months to complete. Inspired by travel and world cultures, her pieces are styled as modern resort-wear, using fabrics like chiffon and leather in bright shades of coral and orange. The stark variation between Tira and Evan’s collections speak to the ability of VCAD’s fashion show to celebrate both the diversity and uniqueness of each individual designer.

Larry Heinzlmeir, VCAD Marketing Director and Executive Producer for ONwards, said the event is the best way to showcase the work of program graduates looking to gain exposure and potential publicity. In fact, several members of the fashion market in Vancouver attend the event in search of pieces to purchase for private boutiques or department stores, and to recruit talent for local design houses.