NFL Week 2: The Art of Celebration

The NFL is allowing fun back into football.

After years of limiting celebrations from the stars of its league, the NFL is finally letting its players showcase some personality on the field. This year, the league changed its rules to allow for more elaborate celebrations, including using the ball as a prop and group demonstrations. Only two weeks in and the difference is abundantly clear. Rookie sensation Kareem Hunt took a power nap on the ball after putting the game to bed with a victory-sealing touchdown, the steelers wide receivers rolled some dice together in the endzone, and NBC brilliantly played its old basketball theme song to break after a Falcons player celebrated a score by shooting the ball through the arms of a teammate. The times they are a changin’.

Those who prefer old school football, myself included, would rather see a quick team celebration instead of an elongated demonstration, but that’s not what the NFL should care about. While football maintains a stronghold as the most popular North American sport, its edge on basketball appears to be slimming, particularly among the younger generation. Today’s youth should be the driving force 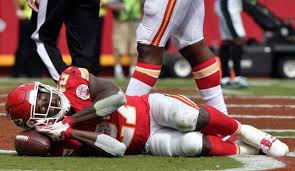 behind the NFL joining the 21st century and realizing the name on the back of the jersey means more to many than the name on the front. While the NFL has spent decades building itself on loyal team fanbases and the bloodthirsty nature of the sport, the NBA has done an incredible job of marketing its stars. Fans know their faces well, but they also know their personalities on and off the court.

The two sports are vastly different, which can explain much of the reason why the NFL prioritizes marketing teams while the NBA markets players. A football team requires  quality position groups to be successful, whereas in basketball, one or two great players can take a team from worst to first. It’s harder to market even the best players when, other than quarterbacks, they have far less of an impact on winning. Wearing helmets is also an undeniable factor in a lack of fan identification with players. In the past two decades, I would argue the two most recognizable football players on defense have been Troy Polamalu and Clay Matthews. What do they have in common? Hair long enough to show through their helmets. All that being said, the NFL probably made the right choice many years ago when it decided that fan loyalty to a team was the path to becoming a sporting king in America (gambling helped too, if we’re being honest).

Now it’s time to adjust. The NFL has dominated the sporting landscape since it took over from baseball as America’s most popular sport, but in order to continue thriving, it has to adapt. Kids love stars. They want to shoot threes and shimmy like Steph Curry, or dunk and mean mug like Russell Westbrook. And though you could argue Julio Jones is a better receiver than Odell Beckham Jr, “OBJ” is the football player  causing kids to change their haircuts and catch every pass one-handed. Though it might bother some of its older fans, the NFL needs to embrace the eccentric personalities of players like Beckham Jr. and Cam Newton, allowing fans to see them as people rather than cogs in the money making machine that is the National Football League. A couple of end zone dances might not seem like much, but coming to the realization that the younger generation wants to see flair and personality could be what keeps the NFL perched atop its throne.

In the meantime, get your popcorn ready. 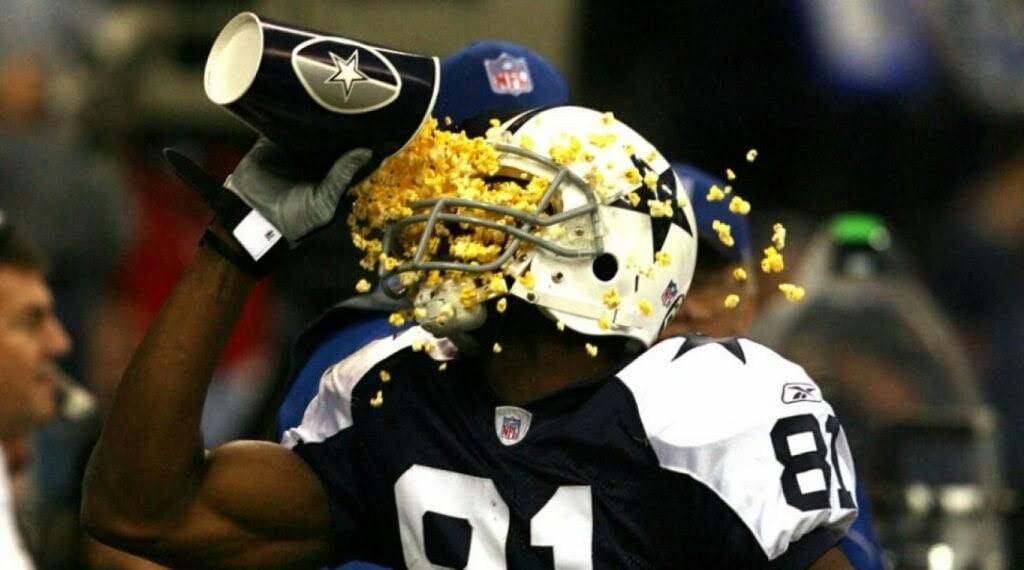 George is a self-professed sports fanatic. Currently in first year of the Radio Arts and Entertainment Program, he hopes to break into the Sports Media Industry. He’s got opinions and wants to hear what you think.