Solange: A Seat at the Table

If you haven’t listened to this album yet, American R&B Singer Songwriter Solange Knowles has recently released her new album “A Seat at the Table”. This has earned her the #1 spot on the Billboard Top 200. “A Seat at the Table” is Solange’s third album I have to say it is incomparable to her other albums as she has tackled the stigmas of black culture in our current day and age, and the message behind the music strongly focuses on black survival in 2016.

This is not a very common route for people to take these days, as racial stigmas is a sensitive subject to tackle. Solange really channeled her artistic urge to do something different. She indicated that this is a “project on identity, empowerment, independence, grief and healing”. These are sharp realities that many can relate to.

I really  love this album because every track is so melodic and shares its own story. The genre is light NEO soul that has a new feel to it. Despite its new feel, she has provided deep messages behind each one of her songs reflecting on black history in tracks, “Don’t touch my hair”, “F.U.B.U”, “Mad” and each interlude speech in between the songs. “A Seat at the Table” speaks volumes, in today’s generation and society, especially considering we all had to face that controversial presidential campaign right in front of our eyes. This album couldn’t have come at a more perfect time. I hope it helps to allow peoples ears to be open to messages that are less of propaganda and more of what soothes the soul. Solange’s story telling within her album and her execution of the topics she preaches in her songs just proves her majestical being.

“Don’t touch my hair” is by far my favourite song on the album. The lyrics in the song can hit very close to the heart of anyone who has been made fun of for not having perfect hair, or that has grown up with an appearance different to others from being a minority. They will understand the feels behind this song.

“Don’t touch my hair, it is the feelings I wear” “They don’t understand what it means to me ” – Solange (Don’t Touch my Hair)

This song is similar to the India Arie’s “I am not my hair”. Just because your hair is apart of your appearance it does not solely define who you are.

If I could pick 3 songs to be my favourite on the album I would choose,

I find myself having this collection of songs on repeat while studying or just cruising in my car, it makes for just good background music.  Somehow it stimulates my mind to be creative; Or maybe it is just so soothing and relaxing that my mind actually shuts off for once and focuses. Focusing on the realness of this album in reality, doing real things in real time. 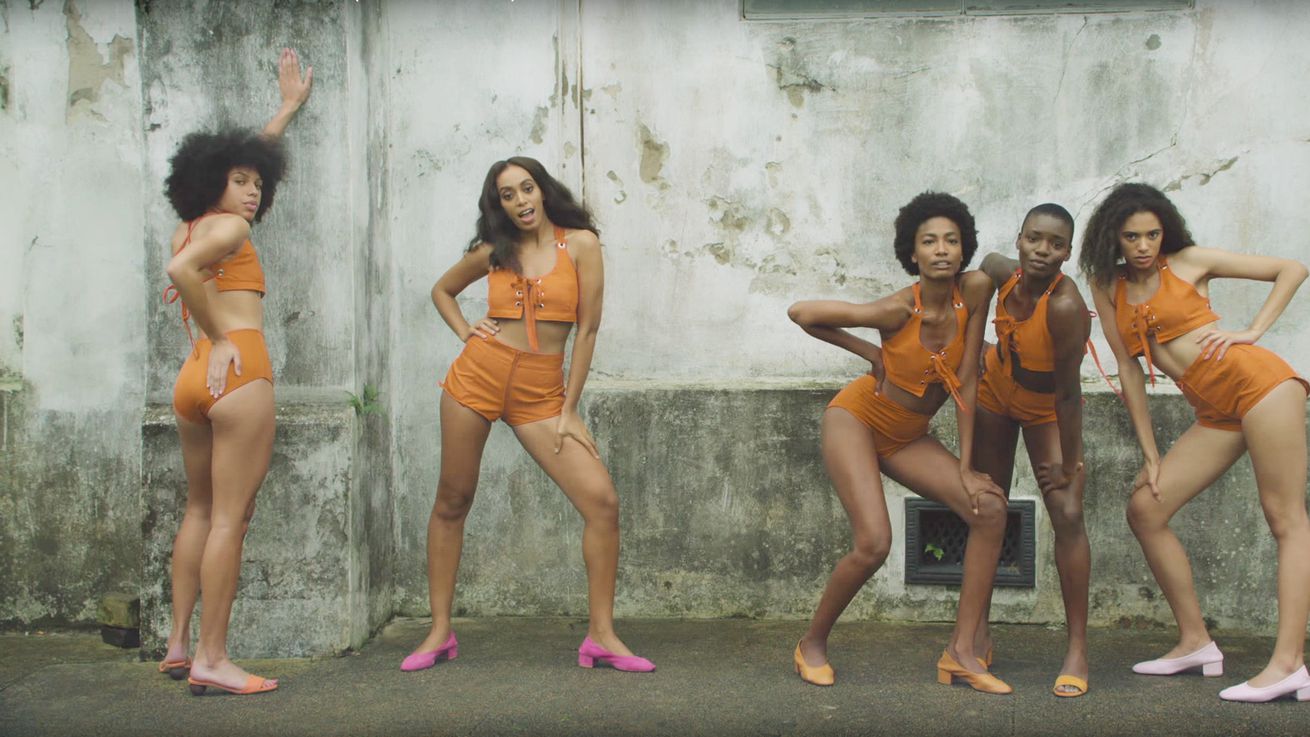 This album on a scale is a 9/10 for me and I know some can argue that it is pretty high. But how I measure it by is knowing it was an album I actually listened to from beginning to end. The messages behind the songs, make it more than just words and sounds. Every song tells a story, and you can tell there was a lot of patience making this album and a lot of time was put into it. The only reasoning I can give for not rating it 10/10 is because her song “Where do we go”, sounds way too much like her sister Beyoncé’s “Rockets”. The harmonization done is so similar in style to that song but also really different. Also, being someone who has a sister really close in age, like Solange and her sister, I know how similar sisters can be from just growing up together and having the same biological genes. However, I have always appreciated Solange for who she is, and just rocking and knowing who she is as a woman.

As much as she is an artist, her personal opinions and political views are really honest and this album could really make an impact, especially on newer generations perspectives. Music is poetry and she did major justice incorporating such big issues into her album that is the “A Seat at the Table” masterpiece.

The video link below is my favourite track on the album. Leave me a comment to let me know what you think of this melodic album.

“You know, but… sometimes you ask yourself ‘Where’s the peace?’ Everybody is always talking about peace, but, as long you find peace in what you doing then you successful, and that’s what people don’t realize. See, you got do stuff till where you can go sleep at night. Cause the glory is, is in you” – Master P (Interlude – “A Seat at the Table”)

Mariah Millie is a born and raised Vancouverite, attending BCIT as a Radio Broadcast Student. Being new to the Link Magazine team, she loves that she can finally channel her inner Carrie Bradshaw. Her passions are blogging, photography and any new media. When she is not at school she is out capturing moments, travelling, or out looking for new hot spots to relish. Even though Mariah’s DSLR is her new love, she is falling in love with the whole process of being a content creator. Constantly aspiring to make her visions, her reality.