Nobel Peace Prize winner Albert Schweitzer once said, “There are two means of refuge from the miseries of life: music and cats.”

Andrew Lloyd Webber had the same idea, but he mutated it in the most outlandish way possible. He concocted Cats: The Musical—a Broadway stage production that has both fascinated and perturbed theatre audiences since 1981. Now, Cats has pounced from the stage to the big screen, luring in the morbid curiosity of movie-goers everywhere.

What did I take away from Cats? If I were to give it any credit, it innovated a new breed of visual monstrosity. The felines—dubbed the ‘Jellicle’ cats—are portrayed by humans donning bodysuits enwrapped with CGI fur. The special effects were meant to be top-of-the-line, except it was more like the naked human physique grew cat ears, a tail, and coats of fur. The film boasts a star-studded cast from Judi Dench, to Idris Elba, to  Taylor Swift, who raucously belt out nightmarish show tunes.

The film dabbles too much  in the 4Chan litter box. From bouncy cat breasts to orgy-like occult rituals, it’s chock full of uncomfortable innuendos that are best relegated to the dark recesses of online furry chatrooms.

The plot of Cats lives up to its visual peculiarity. Based on T.S. Eliot’s 1939 collection of poems called Old Possum’s Book of Practical Cats, we follow an abandoned cat named Victoria (Francesca Hayward) as she longs to get accepted into the Jellicle tribe of alley cats. Every year, the tribe partakes in a ritual of choosing one of their own to uplift to the ‘Heavyside Layer’ and be reborn. Or rather, one cat is chosen to commit suicide in pursuit of a better next life.

Different Jellicles vie for this honour, but the decision lies with the matriarch, Old Deutoronomy (Dame Judi Dench). One cat, Macavity (Idris Elba), is determined to be chosen, so he plots to obliterate his competition one by one. There are existential themes layered in the story (the search for identity and social merit), but I suspect that the harshness of the spectacle allowed the plot to go over plenty of viewers’ heads.

Cats can be best described as a grotesque pageant of furry fetishes—from the way Jennyanydots (Rebel Wilson) touches herself in suggestive areas of her blubber-like tabby cat body, to how the cats’ tails spring erect at the sight of Macavity disrobing to reveal a toned set of fur abs and buttocks.

As soon as the Jellicles leapt onto the screen, the first thing I noticed was how the actors embodied not just cattitudes, but also head-to-tail feline mannerisms.

They lick their fisted hands after drinking milk. Their tails curl tauntingly as they prowl on their prey. They reverberate moaning meows and affectionately nuzzle each other  in response to the pleasures of touch. Their musical numbers are sprawled and leggy like a kinky raindance. Throughout the film, it is implied that the Jellicle cats engage in racy activities; plenty behaved to give off the impression that they were in heat.

Cats, as a stage play, had already entrenched a reputation of being freakish and unnerving, but it still managed to retain a bohemian charm that made it pass as a bizarro niche production for years. However, when you replace standard cat costumes with the hair-raising eyesores of CGI fur, it beholds a monstrous spectacle that makes you want to claw your eyes out.

Believe it or not, the feral extravaganza was not Hooper’s worst offense. I wish I can liken my Cats viewing experience to an inability to avert my eyes from a trainwreck, but alas. The worst thing about it was how it got boring. It was character introduction after character introduction with no end in sight. Half an hour in, and it turns into a slog.

Watching Cats is like disposing a rat’s corpse your cat desecrated in your yard and left on your doorstep as a “present.” Weirdly endearing at first, then a chore.

Don’t let your curiosity kill you and stay away from this movie. 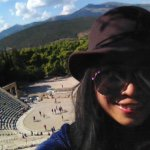