All a Board: Pandemic

I didn’t want to write about Pandemic until I’ve played the game with more than two players. Over the break, a childhood friend of mine who had moved to Ontario, came back to Vancouver for a visit. While I was hanging out with her in my apartment, the subject of board games came up. She’s an avid player as well, and even introduced me to a few more games that I’ve yet to play. Because she’s already familiar with a lot of the games that I already have, including Pandemic, I immediately asked her to play a few rounds with my boyfriend and I.

The difference between Pandemic and the other games I’ve written about, is its co-operative gameplay. You work as a team to cure diseases in major cities all over the world.

A quick overview of the gameplay:

The game consists of:

To start the game, 9 cities are infected. The first batch of 3 cards drawn gets 3 disease cubes. Second batch gets 2 disease cubes and the last batch gets 1. An outbreak occurs when a disease cube needs to be placed onto a city that already has 3 cubes on it.

Based on each player’s role and their turn, everyone works together to plan the quickest and best way to find a cure for each disease while preventing breakouts. During each turn, the player takes 4 actions, draws 2 player cards, and then infect cities. The number of cities to infect depends on the corresponding number that the infection rate marker is on. The game is won once every cure is found. A cure is found when a player has 5 cards of one colour (or 4 if you’re a scientist), lands on a city with a research station, and returns those cards to the discard pile.

The game is lost when there has been 8 outbreaks, there are no more player cards to be drawn, or when the players have run out of disease cubes of any colour.

My experience with Pandemic:

People who are not a fan of competitive games will enjoy this one because everyone has to work together. The team altogether either wins or loses. Honestly though, you can also just play this game by yourself using different roles. Since it’s a co-operative game and no player cards are hidden, this would totally work. What’s even crazier is that The Nerds’ Table wrote a single-player variant with slightly changed rules. I’ve yet to try it, but it certainly looks interesting.

When I played the game as a 3-player, there are less turns for each player to take. This requires more planning of which actions to take in the current round. It can also be harder to find a cure because it might take longer for one person to get all 5 cards of one colour.

The role cards make the gameplay a bit different each time. Each role card gives the individual player more strength in one area. I’ve found that certain roles cards used together makes the game easier to win while others make it more challenging. For me, I hate the Contingency Planner role. I find it pretty useless a lot of times, because you don’t always need an event card. Sometimes, the event card you so desperately need doesn’t even get drawn until much later.

My friend showed me a new way to assign role cards that works if you’re playing with a maximum number of 3 players. You start by shuffling the seven role cards, and then you deal 2 cards to each player and discard the last remaining. Each player quietly looks at their 2 cards, chooses one to keep and discards the other. The roles are still kept secret at this point. Once each player has chosen, everyone turns their card face-up to reveal their roles.

Annie is the Online Community Coordinator for Link Magazine and a student in BCIT's New Media Design & Web Development program. She is also a BCIT 2014 grad in the Marketing Management Diploma program. Coming from a sales and marketing background, Annie has done work for start-ups and a major hotel company. Outside of school and work, she enjoys playing board games, yoga, cooking up a new recipe, trying out new craft beer, and trying to finish up a painting that's been in progress for nearly two years. 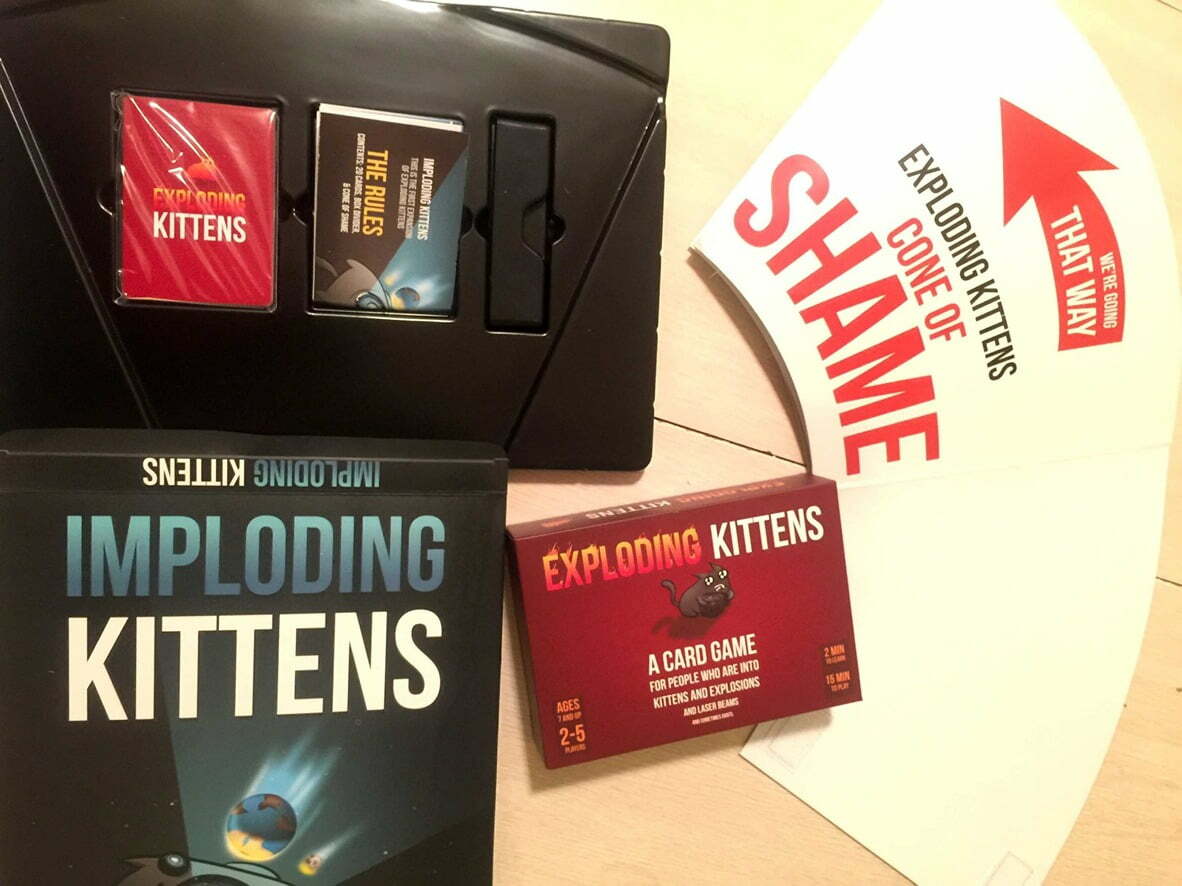 All a Board — Exploding Kittens + 1st Expansion Pack!

All a Board — Carcassonne